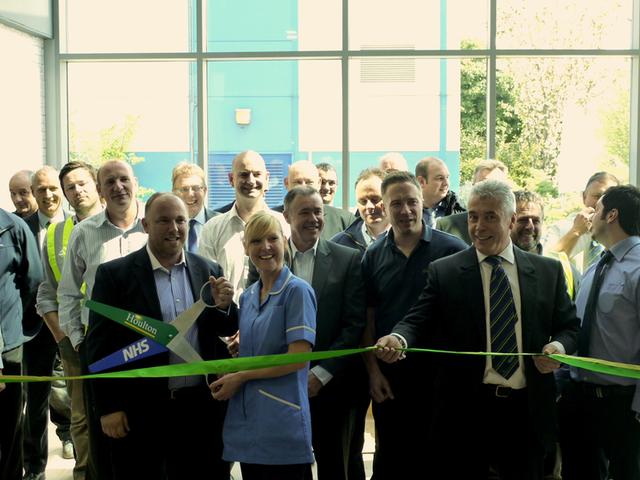 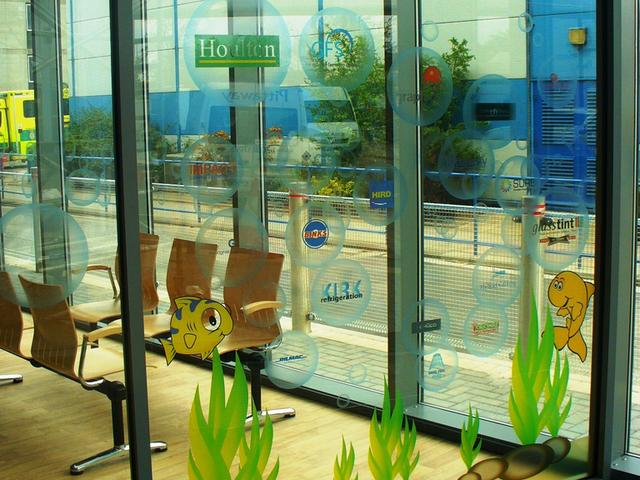 A range of local businesses have helped create a new emergency department at Hull Royal Infirmary and the newly re-opened department has been split into two, with separate areas for adults and children. The striking glass foyer entrance of the children's emergency department, which cost about £65,000, was funded entirely through the generosity of the contractors working on the development.

At the grand opening Sean Hunter, contracts manager for Houlton cut the ribbon with senior staff nurse Jane Smith at the new emergency department at Hull Royal Infirmary.
He said: "The entrance foyer used to be the old ambulance canopy. We had a few fraught conversations at first when the hospital approached us and asked if we'd be willing to donate the money for it.
But we phoned round the other sub-contractors involved and they all agreed, which was fantastic. It really is a striking entranceway to the children's emergency department and makes it look very bright and airy. All the contractors who worked on this project are local to Hull and East Yorkshire, which has been great news for the area."

All the businesses that had helped on the project – from plumbers to builders, decorators and electricians – were invited to a ribbon cutting ceremony at the children's department to mark its opening.
At the ceremony, NHS staff thanked the contractors for their hard work and dedication on the emergency department scheme – which cost about £2.5m in total.

A total of £7m will be spent by the Health Trust extending the department space to double its current size. It will also have 18 treatment areas instead of five.

Dr Mark Simpson, project lead and consultant in emergency medicine for Hull and East Yorkshire Hospitals NHS Trust said: "These two departments – both the adult and children's sections – are truly state-of-the-art, and have been built to last us a good 20 to 30 years. Every area has seen an increase in size of between 50 and 100 per cent, providing us with more rooms in which to see and treat patients and offering them a much more comfortable wait. It's great to see the investment going into our local emergency care services and our staff are very much looking forward to working in the new departments when they open. The design of both areas, along with the use of new technologies, will allow us to work much more efficiently and achieve real reductions in our waiting times for patients."

The emergency department is just one phase of work that has been done as part of redevelopment work at the hospital in Anlaby Road. A £8m makeover of the tower block is also taking place, again with local contractors involved. The building is being given a new facade, to replace the old mosaic tiling.