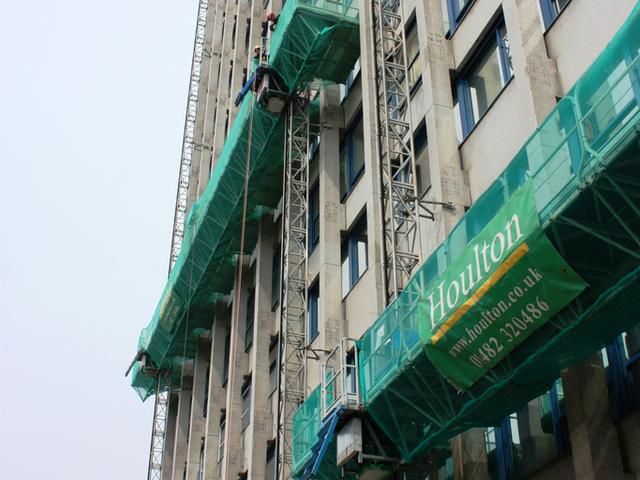 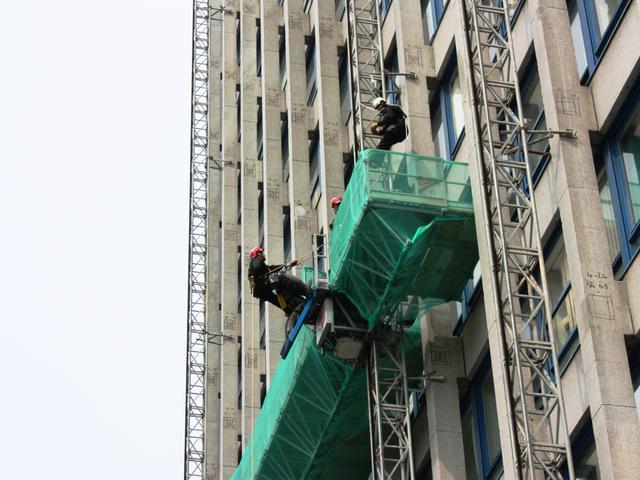 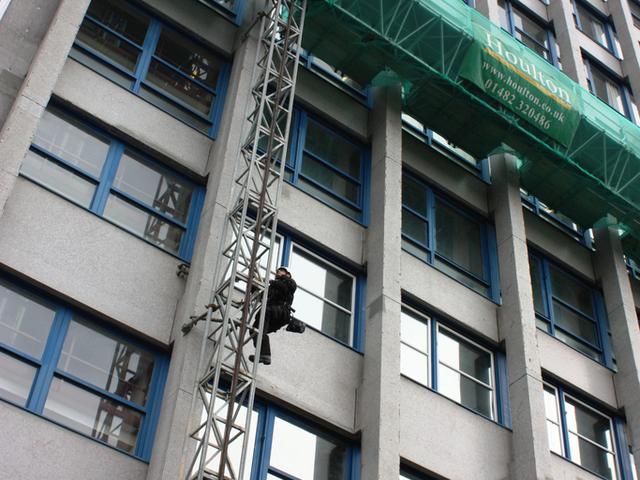 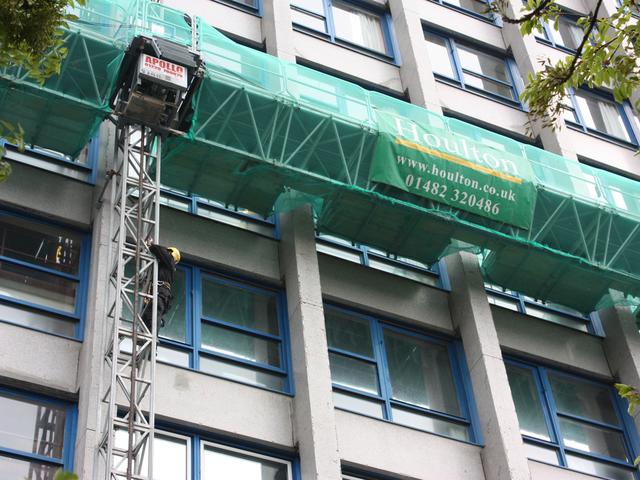 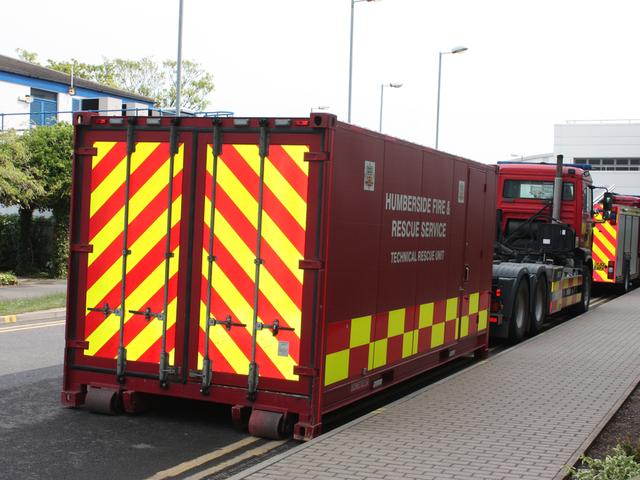 Firefighters recently tested their skills on a staged high level rescue 40ft from the ground in a training exercise at Houlton Hull Royal Infirmary site.

The rescuer had to climb the mastclimber tower currently in place to undertake a major refurbishment of the Hull Royal Infirmary Tower Block on Anlaby Road in the city to rescue a fake casualty, a fireman not a Houlton employee! The rescuer and fake casualty then abseiled safely back down to ground level.

The tower block is being refurbished and, as well as allowing firefighters to test their skills, the exercise was also a crucial chance to practise for emergencies at the building.

Station manager Matthew Sutcliffe, who oversaw the exercise, said: "We try to use realistic training venues wherever possible and we are pleased to be working with Hull and East Yorkshire Hospitals Trust to be able to carry out this training.
"The exercises involved a simulated rescue from high up the building, where staff from the service climbed up to the casualty, brought up rescue equipment, assessed the casualty, constructed a rescue system and then abseiled down to the ground with the casualty."
It was the first in a series of practice rescues, each lasting about three hours.

Houlton team on site are installing a new façade aimed at improving its safety, appearance and energy efficiency.
Duncan Taylor, director of estates and development at Hull and East Yorkshire Hospitals NHS Trust, said: "As the safety of all those working on site is paramount to us, it's important to know that we have a tried and tested response should there be an incident when any of our contractors are working at height."
The area surrounding  the exercise was cordoned off but services within the block and elsewhere at the site continued uninterrupted.