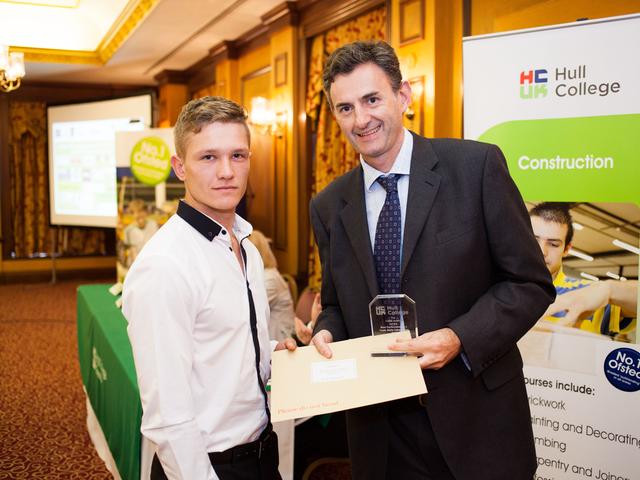 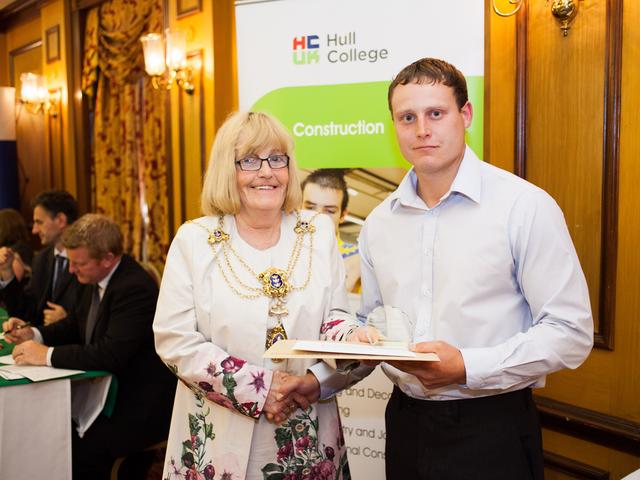 Another successful year for Houlton employees at the Hull College’s Construction and the Built Environment Awards Ceremony, with two of our apprentices winning awards.

Billy Grimmer; 3rd Year Bricklaying Apprentice won in The C&BE Award for the Best Performance in a Trade Skills Competition in the Special Awards Section. His award was presented by Gary Warke, Chief Executive, Hull College Group. Billy was recently crowned “Yorkshire Bricklayer of the Year” by the Guild of Bricklayers.

Scott Walster; 3rd Year Joinery Apprentice won two awards, The Kingston Works Ltd Award for the Most Outstanding Advanced Apprentice in Carpentry and Joinery NVQ Level 3 and the Hall Construction Group Ltd Award presented to the Most Outstanding Student on a Carpentry and Joinery Course. Scott received his awards from The Rt Worshipful the Lord Mayor of Kingston upon Hull & Admiral of the Humber, Councillor Nadine Fudge. It was particularly rewarding to see how far Scott has developed from his initial trial start last year on The Goodwin Club scheme for the Goodwin Development Trust having been brought to our attention by our own joiner Chris Clark.