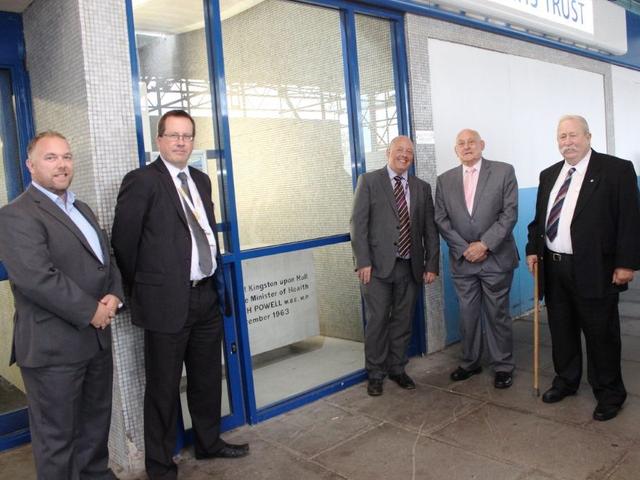 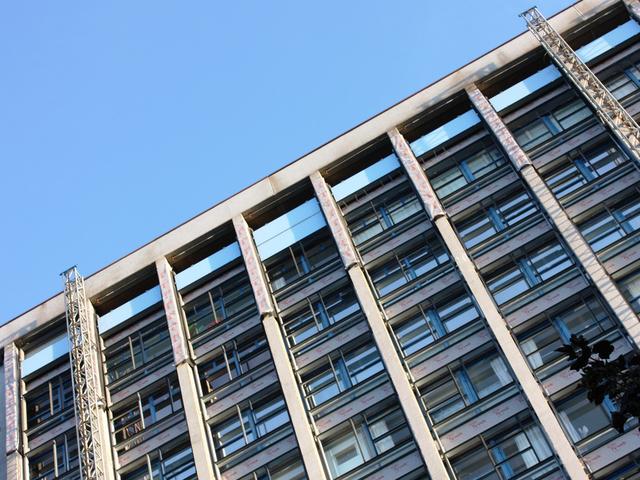 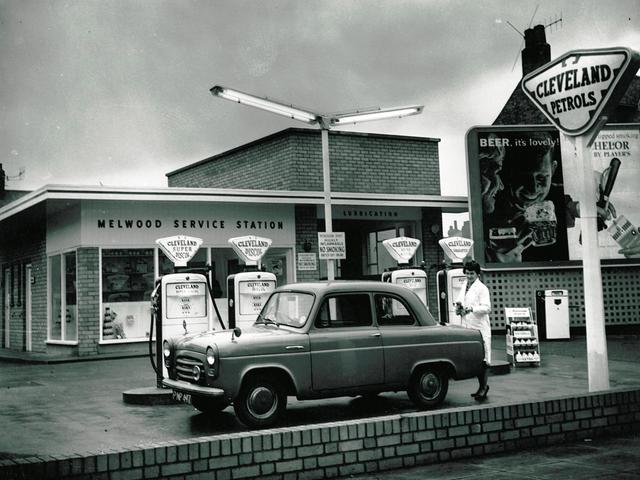 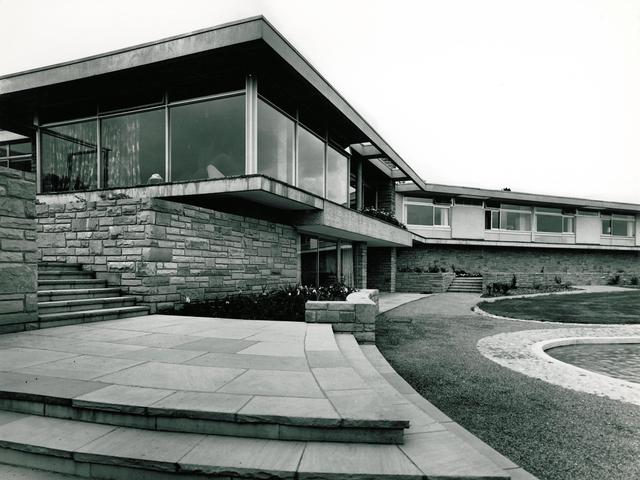 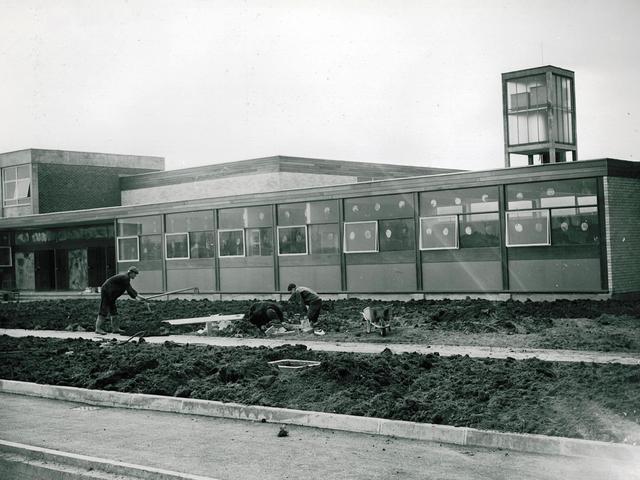 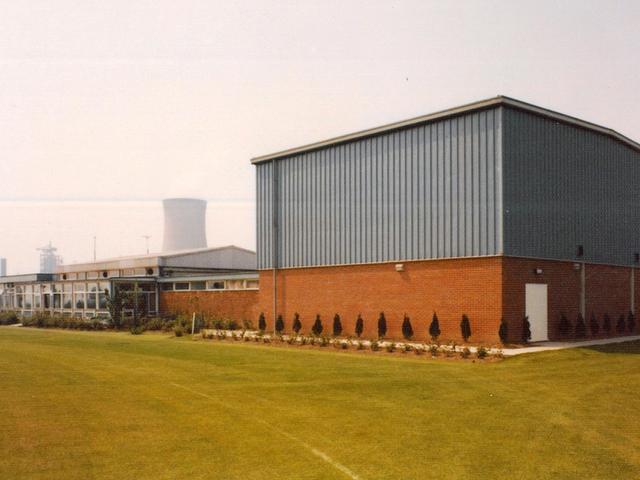 Hull Royal Infirmary yesterday celebrated the 50th anniversary of the laying of the foundation stone of its Anlaby Road tower block by Enoch Powell MP Minister of Health in September 1963.

The ceremony took place at the foundation stone at the front entrance which is under scaffolding for the current refurbishment, the first substantial work undertaken to the facade of the building since it was finished in 1966. The day also marked a significant milestone for the current project with installation of the first glazing panels high up on the 13th floor to the south elevation.

The event was attended by representatives of the hospital, Houlton and three men who worked on the original construction project.

Phil Morley, chief executive of Hull and East Yorkshire NHS Trust, said: "In the 50 years, nearly 50 million people have walked through the doors of this hospital – that's almost the population of Britain.
"I think that's a great testament to the skill of the NHS and also to the building. It's still here and still going strong."

Gordon Hodgson, 83, a bricklayer on the original build, said the hospital holds a special place in his heart.
"It always seemed miles ahead of its time and now I can walk past it and say 'I helped build that,'" he said.

Ted Smalley, 74, also a bricklayer, said: "A lot of the men I worked with have all passed away but that's the facts of life. It brings back memories being here."