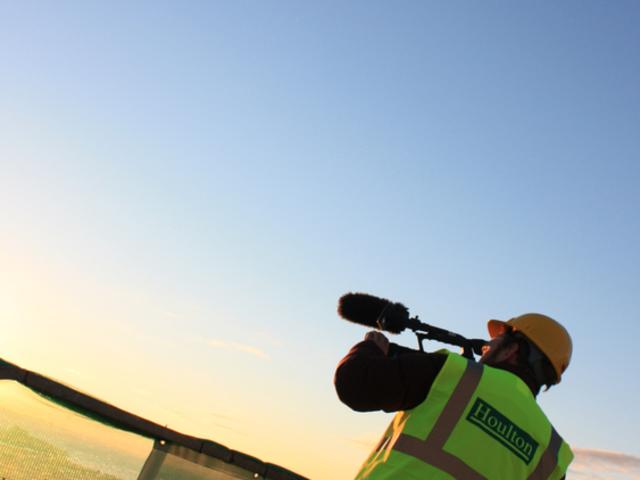 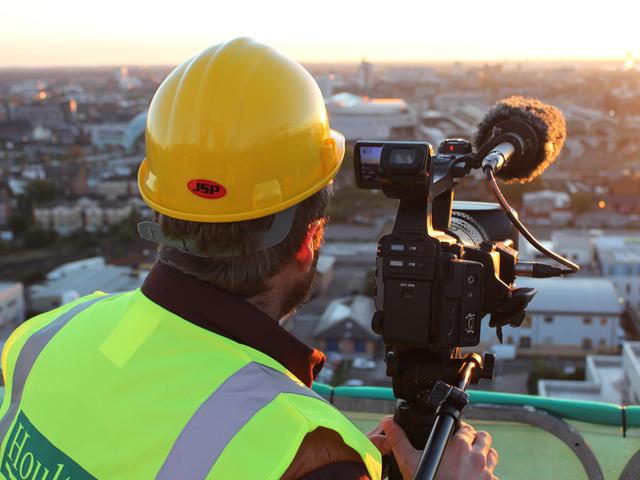 High Anxiety On the Buses

Hull and East Yorkshire Hospitals NHS Trust were recently approached by Channel 5, who were making a film on East Yorkshire Motor Services (EYMS), the family run bus company operating in Hull and surrounding areas. They needed to find the highest possible point to film from in the city and were allowed to take a ride to the top on the mast climbers on the exterior of the Hull Royal Infirmary Tower. They filmed a section of the eight part one hour episode series which is due to be aired in March 2014 and the film crew said the shots they got were amazing!
This character-led observational series for Channel 5 is about a family run bus company and has the working title, ‘On the Buses’ and will feature EYMS staff as they go about their work during through the busy summer of 2013.
The series will feature the general operations of the company from top to bottom; with crews filming behind the scenes in the board room and the control room, the canteens, the bus terminals and out on the buses - featuring a characterful cast of drivers and of course their passengers.
The series will offer a real insight into what it’s like to be a bus driver, the pressures they have to work under and how they keep themselves smiling.

The filming follows use of the temporary vacant ground floor at Houlton Developments property at Mill House York by 'Death Comes To Pemberley' film crew in the summer for hair, make-up and costume change when filming in and around York.

'Death Comes To Pemberley' is a BBC production of a sequel to Jane Austen’s Pride And Prejudice and the three-part series is due to air this Christmas. Filming of the series, which is based on Baroness PD James’s novel telling the story of Elizabeth and Mr Darcy, five years into their marriage, was in York for just over a week at St William’s College and around York Minster, and also took place at Castle Howard and Beverley, and features former Shoestring and Waking The Dead actor Trevor Eve, Jenna Louise Coleman from Doctor Who, and Matthew Goode from Watchmen and Stoker.