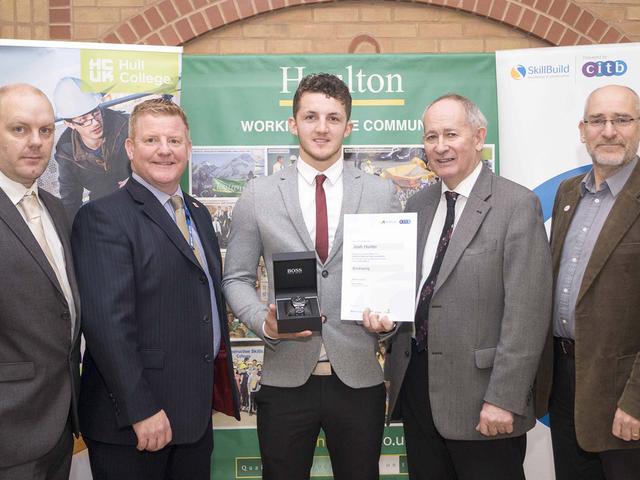 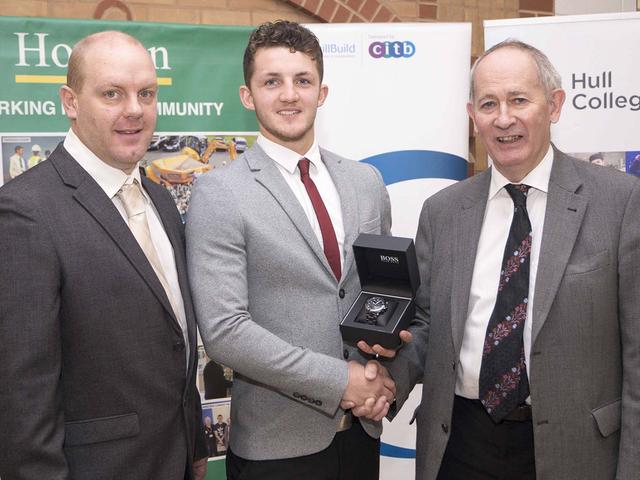 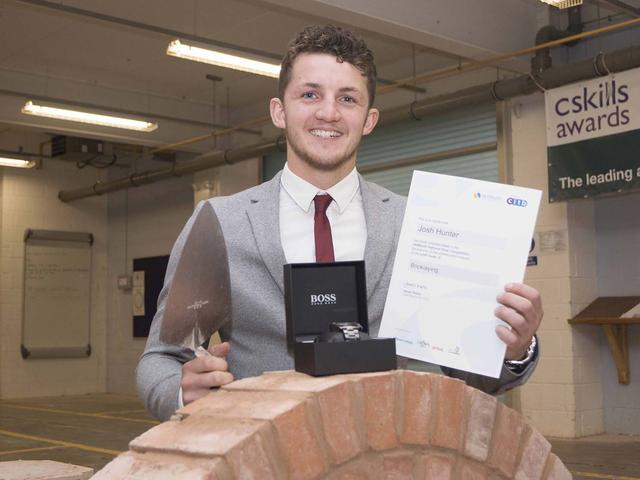 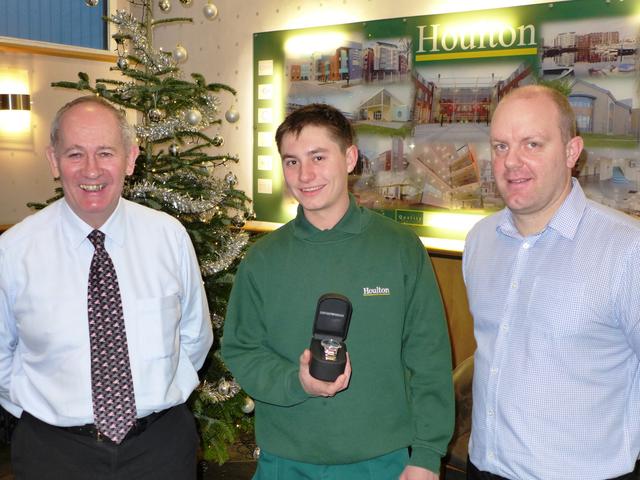 Houlton Bricklayer Josh Hunter has been named as the UK’s Best Bricklayer.

Josh took part in the final of WorldSkills at Birmingham’s NEC last month. In live tasks, held over 3 days, he produced two examples of his work and, after deliberation by the judges, was declared the Gold medal winner.

James Duffell, Skills Competitions Manager at SkillBuild said: “Josh competed with hundreds of competitors at the regional Skillbuild competitions, and was selected, with a handful of others to contend at the WorldSkills UK final."

“He showed not only a high level of technical skill and competency in the live tasks, but also worked well under pressure and with a watchful audience, deservedly picking up this honour.”

Hull College Principal Graham Towse said: “We are extremely proud of Josh for taking the Gold Medal in Bricklaying – it is fantastic to be able to say that Hull College has the UK’s Best Bricklayer for the second year running."

“The college is a great advocate of the WorldSkills UK final which we are very active in each year, with many of our students achieving great results."

“Josh’s success, and that of our other students, are a testament to the strength of the college in delivering skilled students in vocational areas, such as Bricklaying, reflecting the hard work put in by our passionate teaching staff.”

Andrew Kingston Houlton Director said: “The staff and work colleagues at Houlton are all thrilled that Josh has been named the country’s best bricklayer."

“Josh has been with the company since 2010 as a school work experience student and has progressed a long way through his apprenticeship. His skills are an asset that is ultimately passed onto our clients through his work."

“Our company takes great pride in our involvement with education in the region; taking on several apprentices every year. A number of our apprentices are now in junior and senior management roles. It is part of our ethos and is something we look forward to continuing in the future.”

As part of his achievement, Josh has been selected to join Squad UK, along with two other Hull College students, Steve Lodge and Lorna Thompson, where they will all compete for limited places to represent the UK in WorldSkills Abu Dhabi in 2017.

Richard Houlton Chairman presented Josh with a commemorative watch in honour of his achievements.