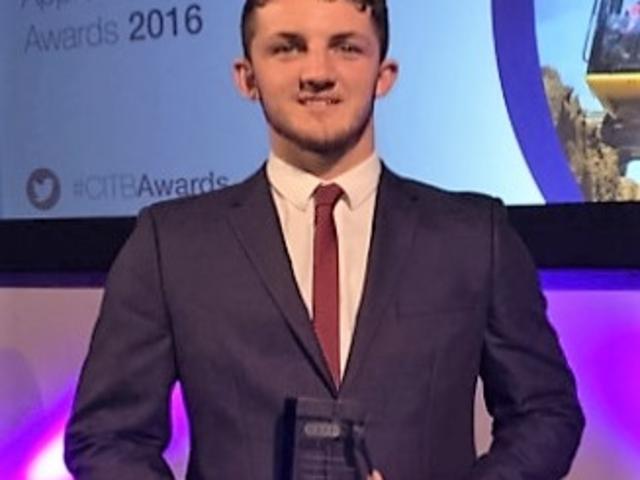 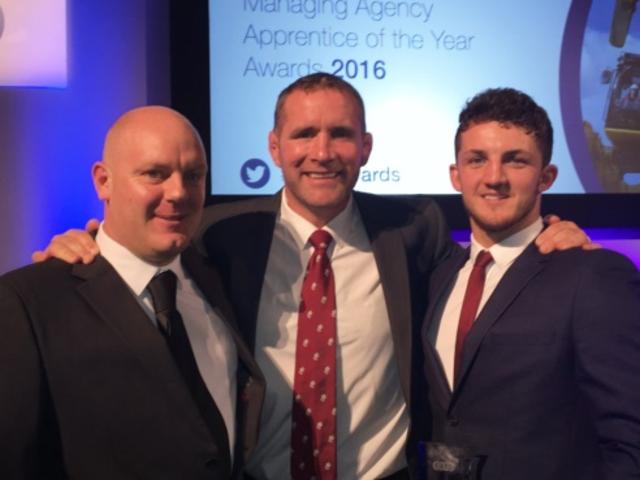 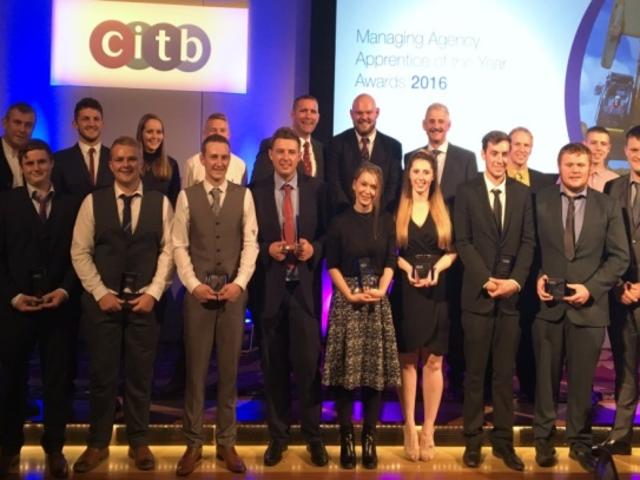 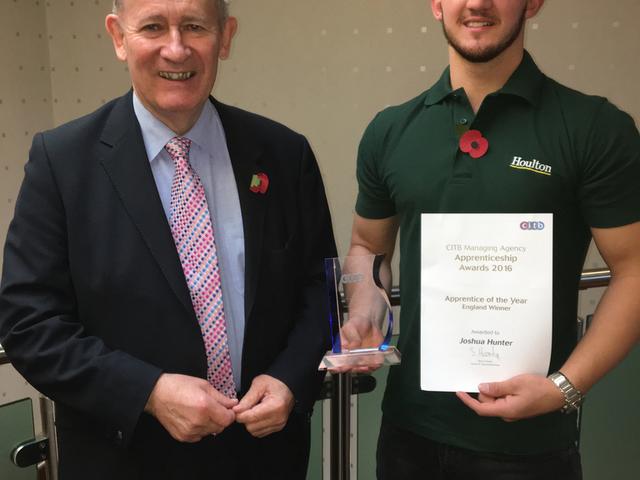 Joshua Hunter, Houlton’s 350th of 367 apprentices since 1879 won the Apprentice of the Year for England at the CITB Managing Agency Apprenticeship Awards 2016.

Josh received his award on the 27th October at a gala event in London at the Merchant Taylors’ Hall. He attended the ceremony with Houlton’s Building & Maintenance Divison’s Operations Manager Mike Johnson, and Andrew Kingston, Director.

The event hosted by Phil Vickery, a member of the 2003 rugby union world cup winning squad and more recently, 2011 Celebrity MasterChef champion, was to celebrate employers who have demonstrated their commitment to recruiting and training and their apprentices

Upon receiving his award, Josh, a modest individual said he was “Over whelmed and pleased that I have achieved so much.”

Josh first came to Houlton on day release, as part of the Diploma in Construction course he was studying at school. He then returned the following year to start a bricklaying apprenticeship with Houlton’s Building & Maintenance Division.

Whilst attending Hull College his academic and bricklaying craft came to the fore, and he was asked to  take part in Worldskills UK challenge. He saw off his regional competition to win the gold award and be crowned the UK Bricklaying Champion in November 2015.

Josh is now due to be heading out to Gothenburg, Sweden in December to represent Team UK in the Bricklaying section Of the Euroskills competition. He will be battling against 30 other European competitors in his bid to become European champion.

Andrew Kingston, Director of Houlton’s Building & Maintenance Division said of Josh’s story “Josh is an asset to the business, and obviously very talented. He successfully completed his apprenticeship and we are proud to continue to support him in his continuing studies and career at Houlton. As part of our recognition for his efforts, we have arranged for his parents to attend the Euroskills challenge in Gothenburg to see Josh in the competition first hand. All at Houlton wish him well, good luck in the competition and continued success. ”