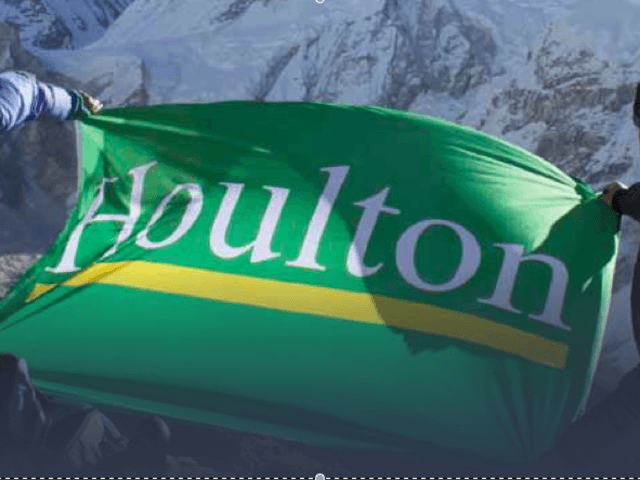 Houlton is flying high after our company flag was proudly held aloft in the shadow of Everest.

Houlton as main sponsor donated £500 to a charity expedition to the Himalayas. David Watt (56) of The Goodwin Development Trust and Maria Watt (28) of Foston on the Wolds near Driffield, who completed the 15 day
trek, were so grateful for the donation towards their party’s fundraising target of £150,000 for Action Medical Research that they carried the flag 130 miles in a 7kg rucksack and managed to fly it at a whopping 18,000 feet above sea level! For those interested, David is seeking colleagues to join him on the 2013 Everest Challenge.