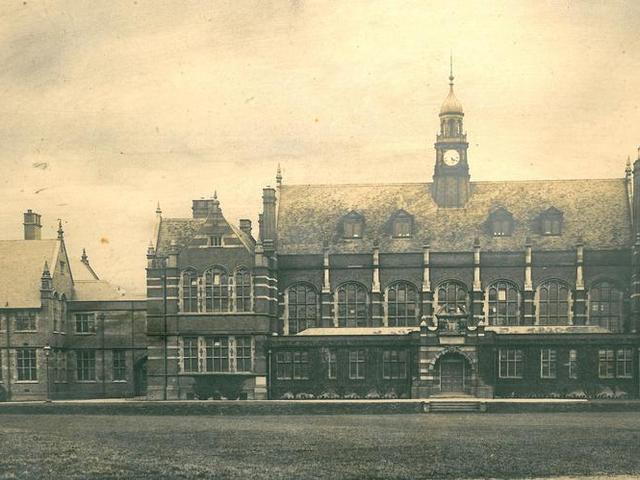 The firm’s tender for Hymers College was accepted on 20th October 1890, with amounts of £4 and £3 separating it from the next two bids. The estimated cost was £11,500. The contract was signed on 20th December and the date for laying the foundation stone was fixed for 21st January 1891. The time for completion of the building was 15 calendar months. This was, at the time, the largest and most prestigious work the firm had undertaken.

Despite this projected completion time, the college was not finished until July 1893, due to two very severe winters when 115 working days were lost, as well as ongoing strikes by the bricklayers and masons. In September 1891 George Houlton and the mason Mr. Panton were called before the Architect and Building Committee to explain the slow rate of progress, and were granted the 1893 extension. Hymers College is still in use today and Houlton has contributed to many of the main campus buildings.