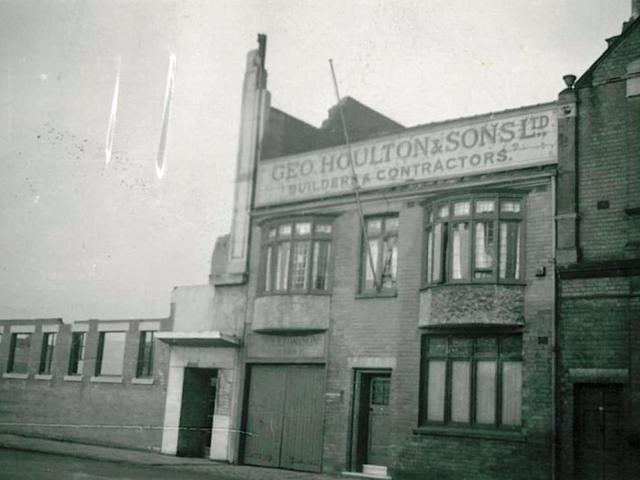 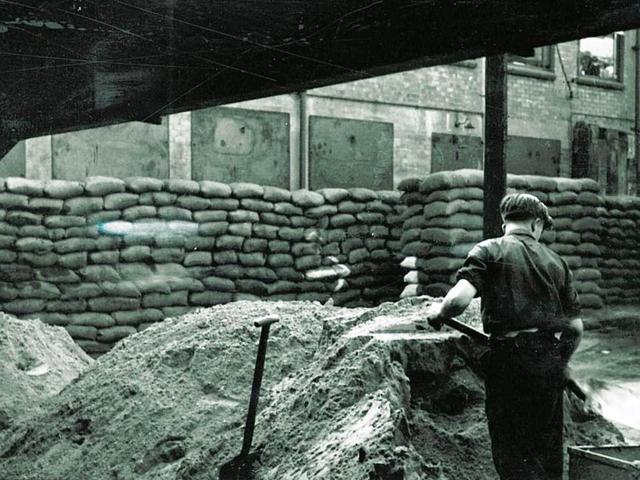 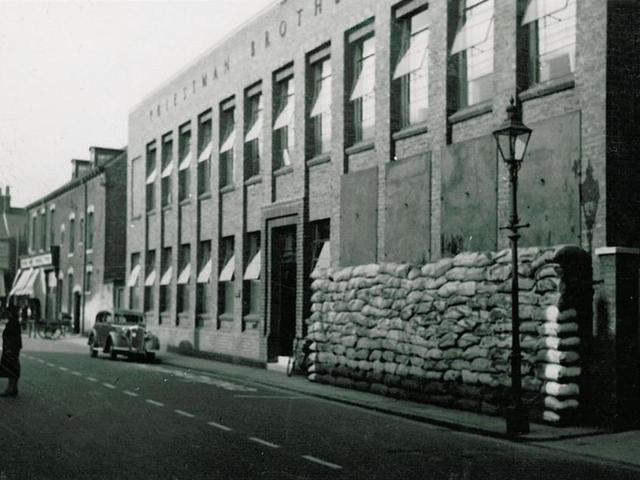 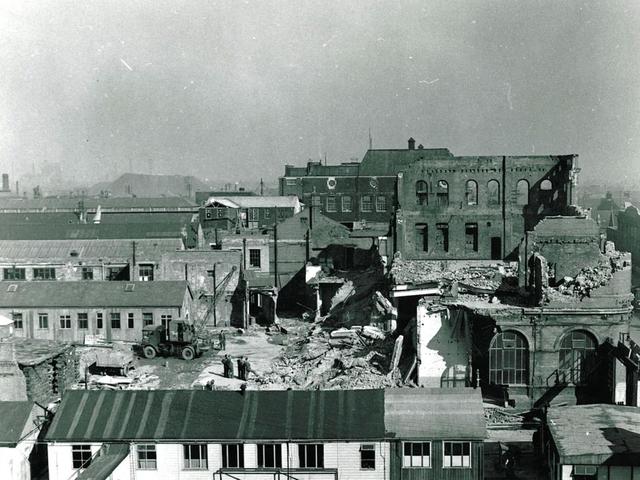 The Second World War had a significant impact on the firm and its fortunes.

With the death of George Houlton Senior, the company was now joint-managed by George Junior and John Dale with the surviving four children (Elizabeth, George, John, Emmie) as shareholders. The outbreak of the war had seen the cancellation of many contracts, although immediate work was found for War Office projects, particularly Holderness coast defense works including pill boxes, ARP shelters,emergency water tanks and air raid repairs.
After the upheaval of the Moratorium there was little period of adjustment before the death of George Senior, the declaration of war and George Junior’s sudden death in 1940. This placed the wartime burden of running the company on John, and it is to his credit that the firm kept going in spite of being left with a skeleton staff of older employees and young apprentices not eligible for military service. The yard in Baker Street was one of the few buildings to survive the widespread damage to the city centre, and was almost destroyed by incendiary bombs and land mines. Much work at this time was the clear-up and repair of air-raid damage, in between Home Guard and ARP duties which most of the staff carried out as well as their usual working week. Hull's position on the East Coast meant it was heavily attacked by the Luftwaffe bombing raids with over 1,200 people killed and 95% of all housing damaged or destroyed.