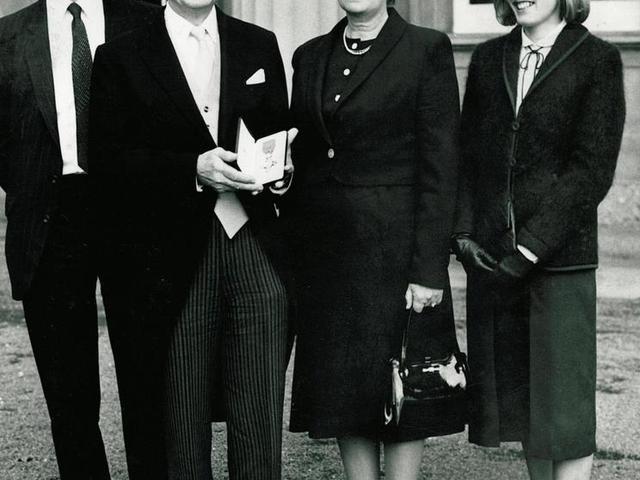 Mr. Dick is awarded the MBE for services to construction industry.

Like his father before him, Dick steered the company successfully through difficult times and had overseen many major changes in the firm’s portfolio, profile and direction. At the time of the award, a year after his retirement, he had spent over forty years as part of Hull’s building and business community. He had been involved with the National Federation of Building Trade Employers, but had done a great deal of work in what became the Chartered Institute of Builders. He was also actively involved in Apprenticeship schemes and the training and development of young people within the industry, a tradition which Houlton still continues with work experience and apprenticeships. He was presented with the MBE at Buckingham Palace in October 1980.