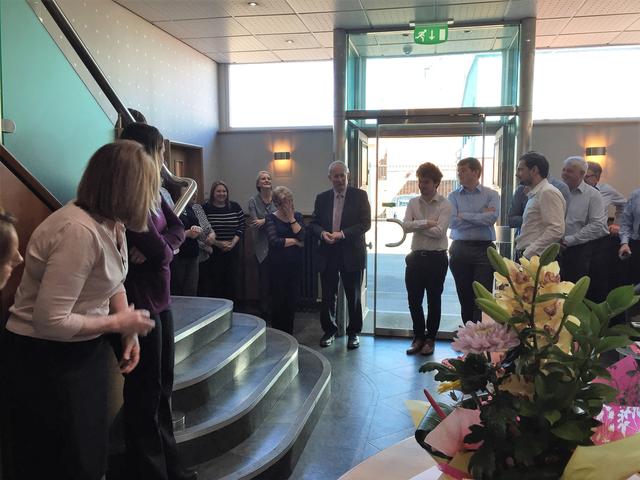 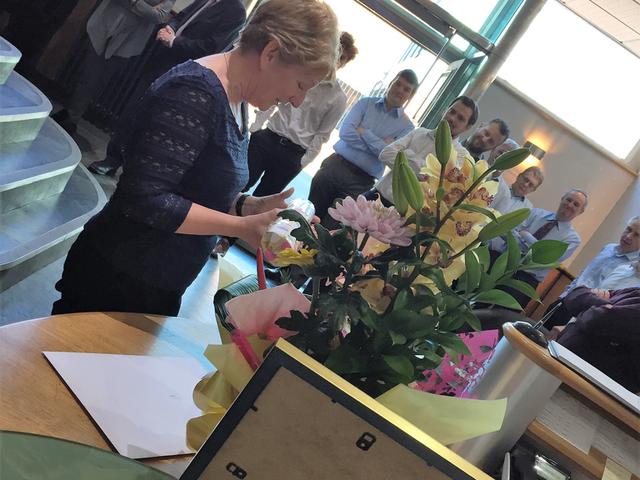 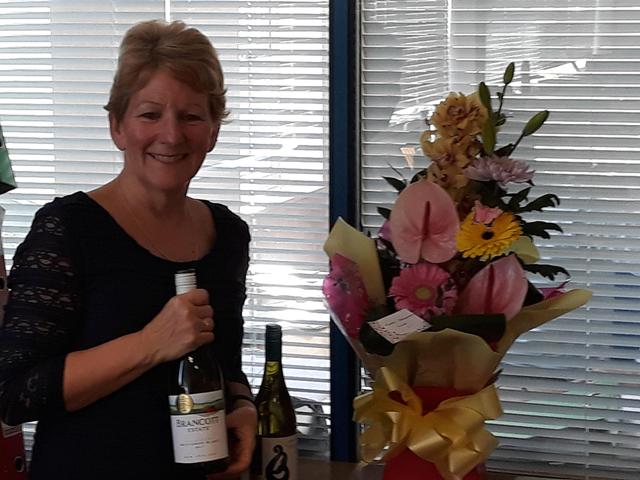 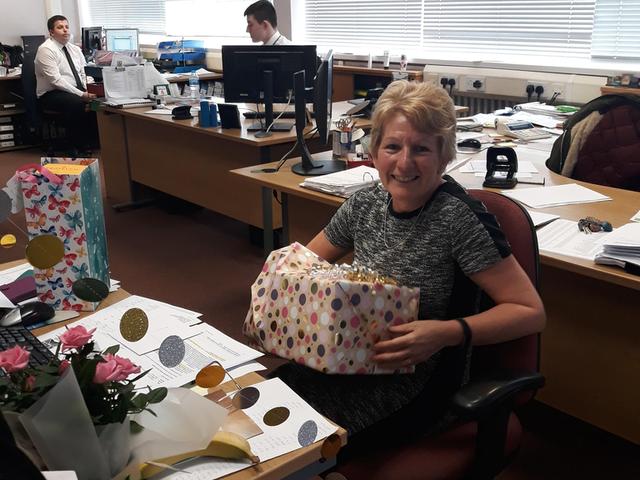 Karen Townend officially retired on the 6th April after 24 years service. Karen, who began as a temp in accounts back in 1994 was presented with flowers, wine, a Hamper, glasses, a vase, travel vouchers and a bicycle by Chairman Richard Houlton, and with staff members in attendance.

Karen was also unaware of a planned surprise leaving party on the evening of the 6th which took place at the Kingston Theatre Hotel, which was thoroughly enjoyed by all who attended.

Karen is looking forward to her retirement and plans on travelling and spending time with her grandchildren.

Everyone at Houlton wishes Karen the best, she will be missed, and we look forward to receiving all of the postcards!