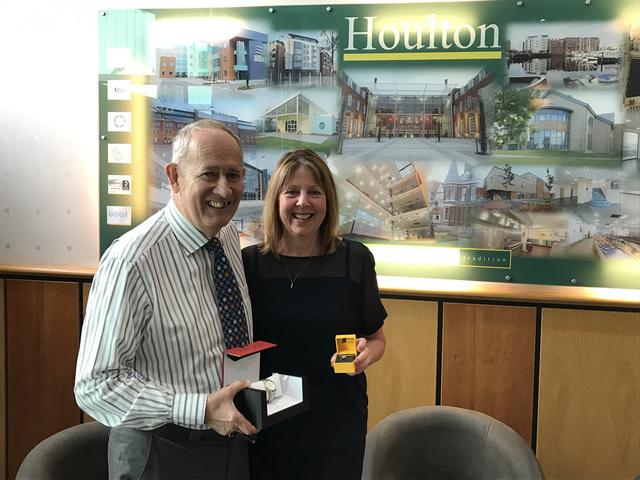 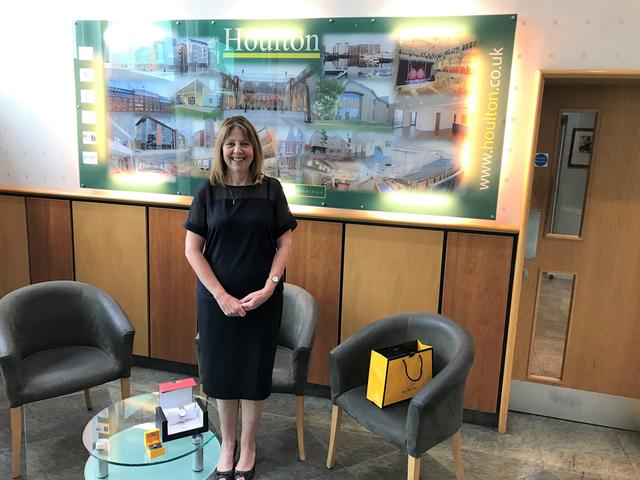 Pam Stephenson joined Houlton in January 1994. Initially employed on a part time basis, she was soon working full time and has been ever present in the Construction Admin department since.

She was employed by Peter Laslett whom she worked alongside for 9 years until Sue Barnes joined the department in 2002. She was then joined by the two Maria's, Walsh and Hardy and currently works with Maria Hardy following the retirement of Maria Walsh. Pam has also mentored countless work experience placements including one Jimmy Jennison, now a Building & Maintenance Contracts Manager!

To commemorate her long service, Pam was presented with a watch and ring by Life President Richard G Houlton.

Pam has reduced her hours to accommodate her busy life outside of work, but still remains a a key part of the Houlton operation and is a highly regarded by her colleagues and peers.