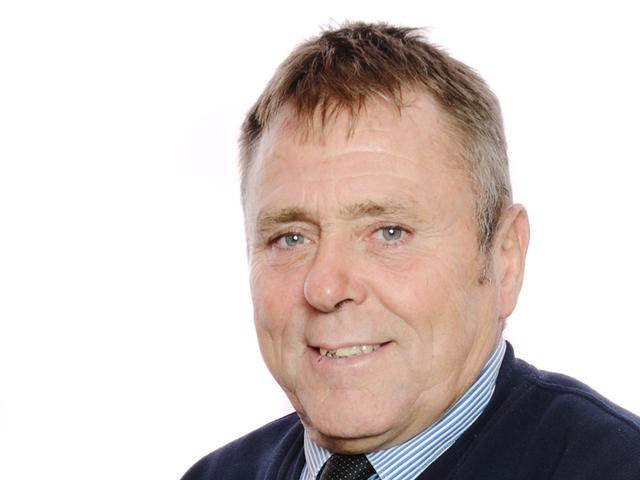 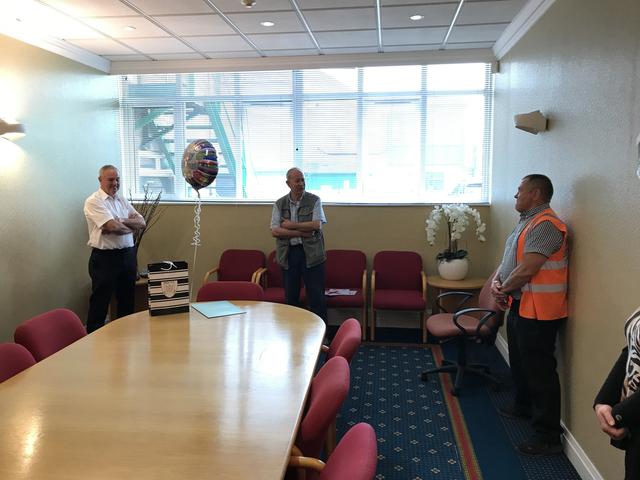 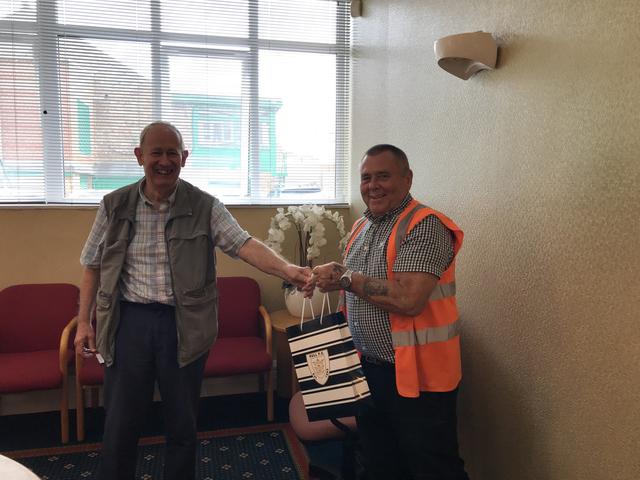 Alan joined the company late October 1987 working on the new ice arena we were building in Hull. He worked for many years with his colleague Charlie Hilton as a team of expert groundworkers. Whilst Charlie moved on Alan has stayed achieving promotion along the way to Site Manager with the company. He retired at the end of July 2021 having worked for nearly 34 years at Houlton’s, he had his 25 year celebration back in 2012 when he was presented with a gift from the company.

His retirement was marked with a small Covid secure gathering in the offices when he was presented with retirement gifts from his colleagues as well as a retirement gift from the company to mark his many years of service.

Everyone wished Alan best wishes for his retirement.