The project was named as the best Public Service Building at the LABC Building Excellence Awards for the North and East Yorkshire.

The project was also shortlisted for the Project of the Year at the CEYH Awards.

This £1.1m scheme was delivered by Building & Maintenance Division for The Yorkshire Wildlife Trust. The challenging project featured large elements of offsite construction and working with Architects Salt, and Structural Engineers Mason Clark Associates, we completed the Visitors Centre in March 2018 which was opened by Simon King OBE.

This project was completed by the Construction Division. Working with the clients Christian and Victoria Carver and alongside Architects Native we delivered a unique indoor-meets-outdoor family attraction, including a 475sqm ‘Den’ and extensive outdoor play, a 50 metre zip wire, den making area and ‘mountains and molehills’ space for kids to run, jump and roll around freely. All constructed with an emphasis on sustainability.

The project was awarded the RIBA Yorkshire Award and the RiBA Client of the year award at the awards ceremony.

Built by Building & Maintenance for Yorkshire Water, working with Group Ginger as Architects and Mason Clark Associates as Structural Engineers. ‘The Hide’ provides an educational facility as well as a 24 hour bird watching over the lake and dipping pond at Top Hill Low, Driffield.

The project, for the University of Leeds entailed refurbishing and extending an existing sports pavilion in order for it to become the national centre for triathletes as well as catering for the community. The works also included a 1.8km cycle track and sports pitches. Farrell & Clark were Architects, RPP Surveyors and Gardiner and Theobald managed the project, with Curtins acting as Structural Engineers.

Ferens art gallery was nominated for a top museum award. The Houlton refurbished galleries hosted the Turner Prize during the city's year of culture, and been shortlisted for the Art Fund Museum of the year award. The venue, which was recently given a £5.2 million refurbishment, is up against four other museums, including the Postal Museum in London and Tate St Ives, for the £100,000 prize.The chair of the jury said "The Ferens galvanised it's community around visual culture"

Trinity Market and Hepworth Arcade held a party in October, following their shortlisting in the prestigious Great British High Street (GBHS) Awards in the Champion High Street category.The category features the best high streets in England, Scotland, Wales and Northern Ireland.To welcome the judges and celebrate the success of the market and arcade, there will be a live DJ playing music in the Trinity Market food court as well as a magician entertaining shoppers and visitors. Councillor Daren Hale, portfolio holder for regeneration, said: "Trinity Market and Hepworth Arcade are playing a major role in making this historic part of Hull once again a bustling and thriving part of the city.  They have done brilliantly to be shortlisted for this award. 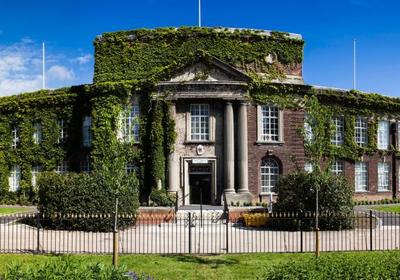